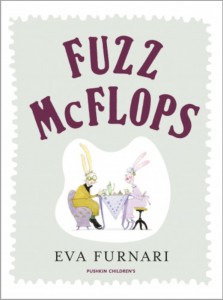 Felpo Filva was published in the UK by Pushkin Books as Fuzz McFlops. It was translated with high skill and creativity by Alison Entrekin. This rabbit is our pride and joy!
Find more here. 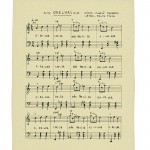 Teacher Rose’s students at Miguel de Cervantes School recorded Fuzz and Charlotte’s song in the end of the story. It was beautiful! The song was especially composed for the book by Eva Furnari’s son, Paulo Gama. His mother’s pride and joy, besides being a talented musician, Paulo is a poet too, just like Fuzz. The Guardian invited Eva Furnari to make a step-by-step drawing of a rabbit. It was published on the newspaper site. We have here a version in Portuguese. Have fun!
See the original in English here. 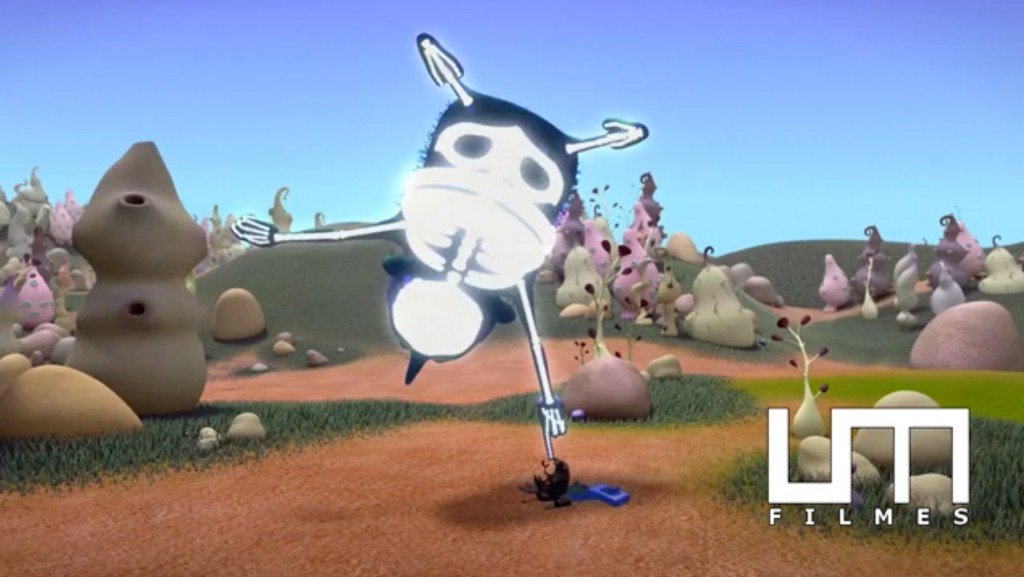 Eva Furnari has joined Um Filmes to produce a series of 3D animations, with 26 episodes of 5 minutes each. Godofredo originally appeared in A Bruxinha e o Godofredo (The Little Witch and Godofredo), and has now gained his solo career. The series should be ready in 2016 and will be broadcasted by TV Cultura.
Watch some episodes here firsthand! This is the pilot episode that was awarded the Prix Jeunesse 2009. 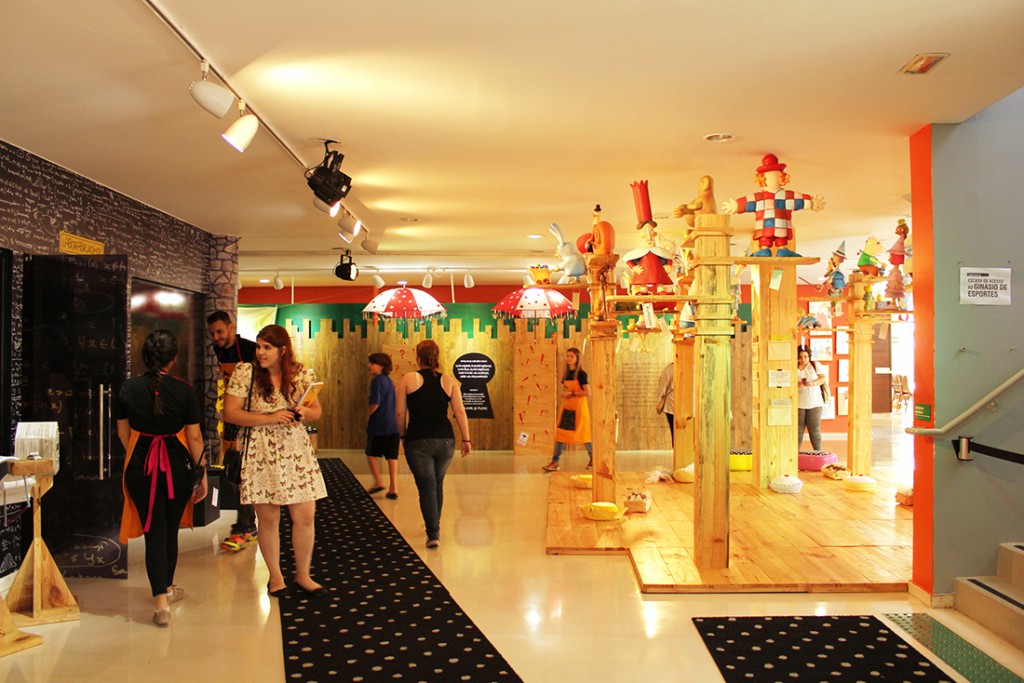 Professor Boris’s lab, the witch’s house and its magical ingredients, a swamp of frogs with cat’s cradle and flowery umbrellas, everything is part of a great exhibition inspired in Eva’s works. It has scenographic and technologic resources, as well as dolls, games, theater, display of originals and, of course, storytelling.
The exhibition was designed and produced by SESC Ribeirão Preto in the first semester of 2014. Later, in 2015, it was taken to Sesc units in the cities of Catanduva, Araraquara, Taubaté and Bauru. It received more than 70 thousand visitors.
Find more here.
(We tried hard to make this post shorter, but there were too many cool things that couldn’t be left out!) 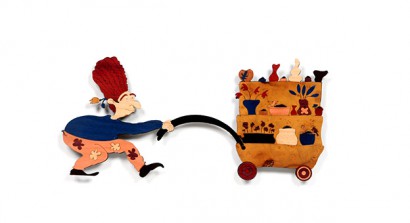 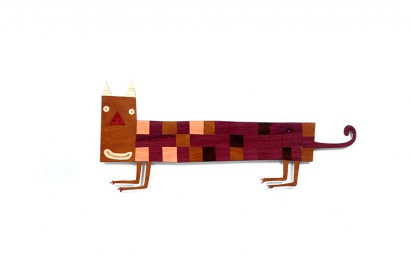 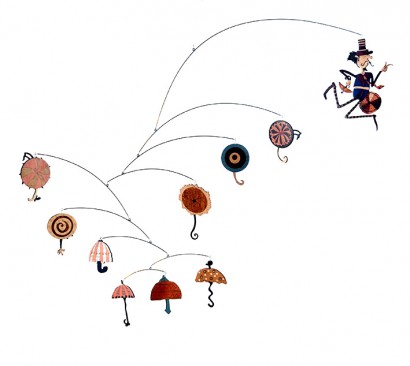 An admirer of the millenary technique of marquetry, Karina Figueiró creates pieces based on illustrations. She has many works inspired by Eva’s books.
The fun playful pieces are handmade and really show all the time and affection Karina dedicated to each one of them. Absolutely beautiful!
Find more here. 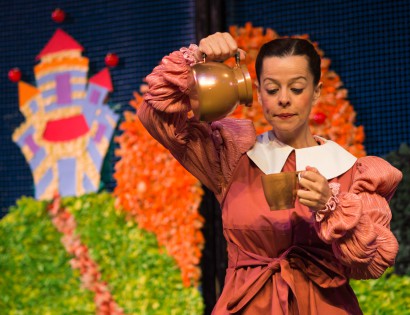 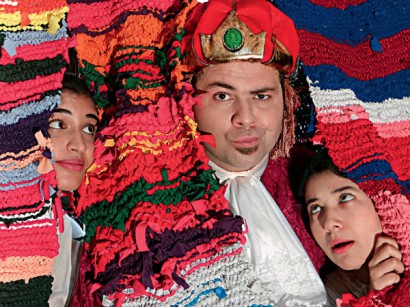 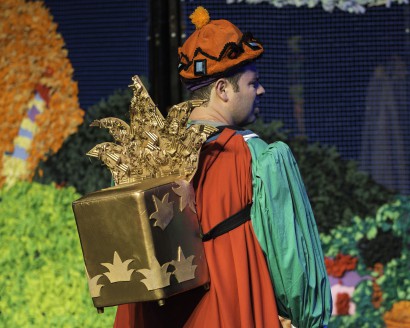 Show produced by Cia. Circo de Trapo based on the homonymous book.
Pandolfo Bereba was a prince. Everybody expects princes to be handsome, charming and perfect. So it happens that Pandolfo wasn’t anything like that, but nevertheless he wanted others to be… 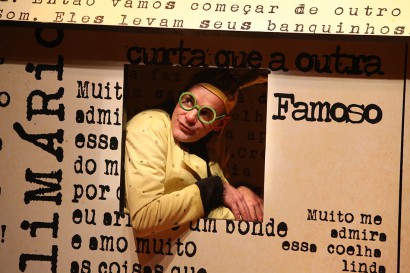 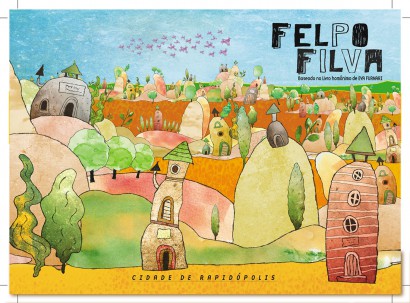 The play was inspired by the book and tells the story of Fuzz McFlops and Charlotte, with the nephews and nieces participation. The show has video projections and an original sound track. The cast includes the excellent Marat Descartes and Gisele Calazans, adapted script by Marcelo Romagnoli, direction by Claudia Missura and production by Terceiro Sinal.
Find more here. Watch the teaser here. 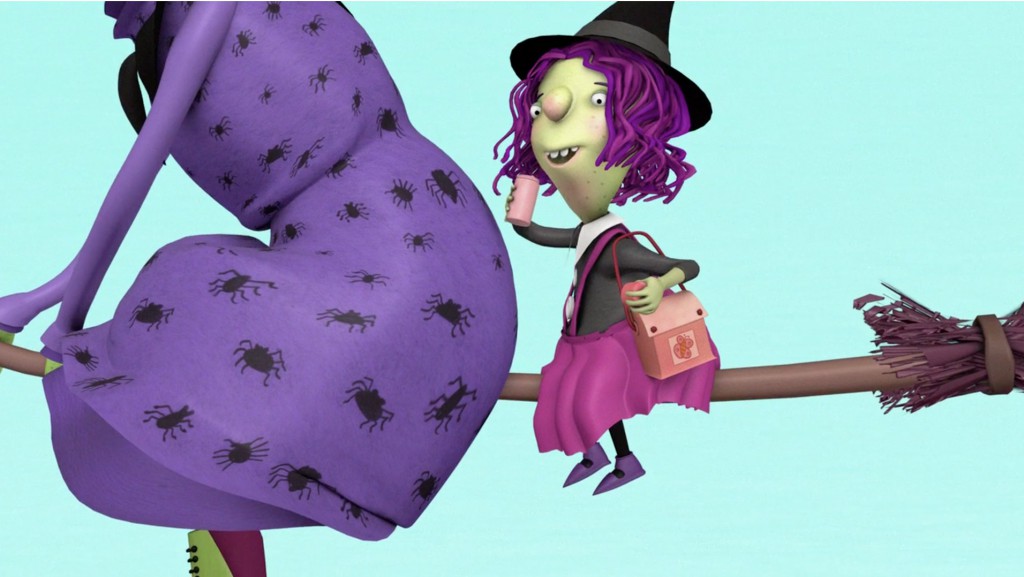 The animation was produced by Um Filmes and later it became the homonymous book. 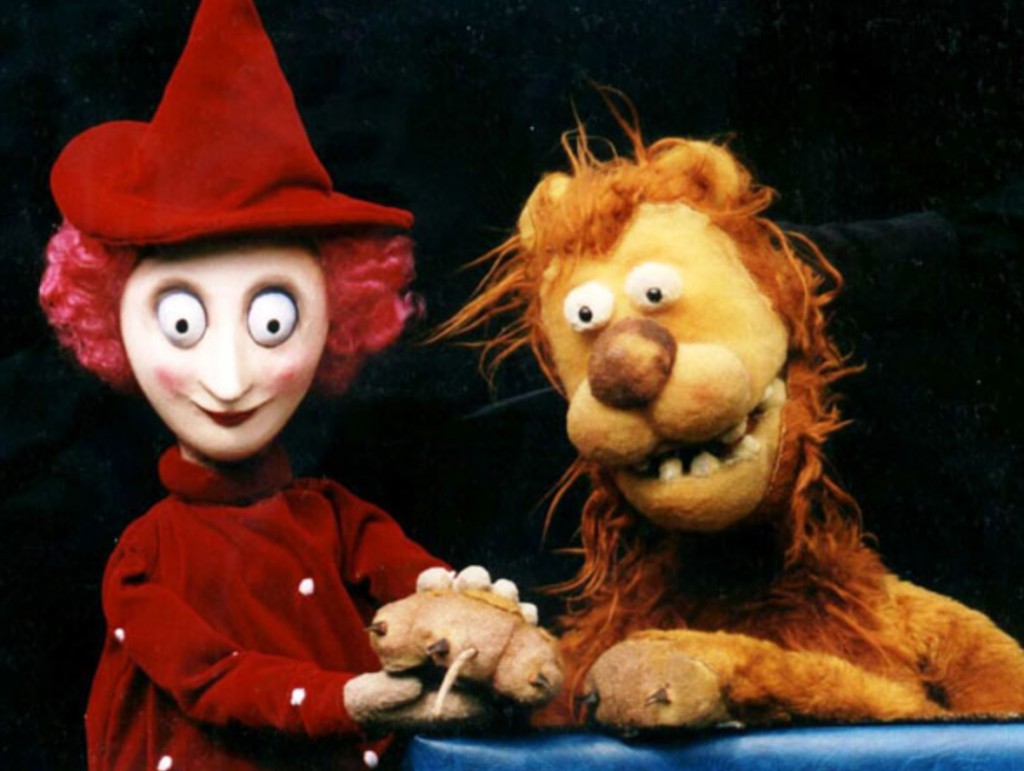 A doll show created in 1991 by Cia. Truks, in which Eva Furnari participated until 94, together with Claudio Saltini, Henrique Sitchin, Verônica Gerchman and Eduardo Amos. The play uses a traditional Japanese doll theater called bunraku. It was on stage until1998 and was awarded the Mambembe Trophy, the Ministry of Culture award. In 2010, it was back on stage with the new artists at Cia. Truks.
In the show, the Bruxinha (Little Witch) has fun inventing magic tricks and meeting new friends, with who she shares adventures: the drama lion, the dragon and, of course, her secret admirer Gregório. Everything is fine until a very clumsy monster comes along trying to get Bruxinha’s magic wand.
Curiously, this story followed an inverse course: the play inspired the book.
Find more here. 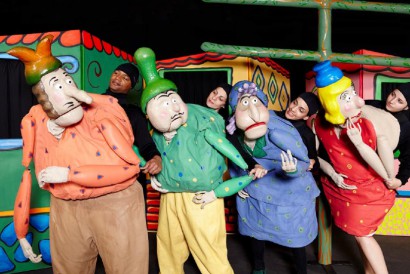 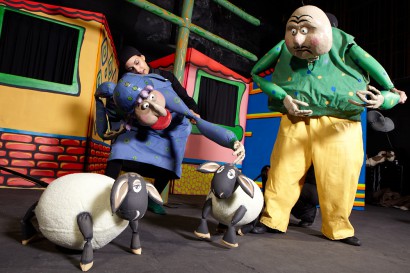 Inspired by the book, the show created by Cia. Noz de Teatro has on stage dolls and actors to tell the story of the people who live in a village and meet every day on the square, but have nothing much to talk about. Their dull life is turned around by a problem right on their head: bird poo. The show was directed by Anie Welter and was awarded the APCA 2013 for best animation/doll show.
Find more here. Watch the teaser here. 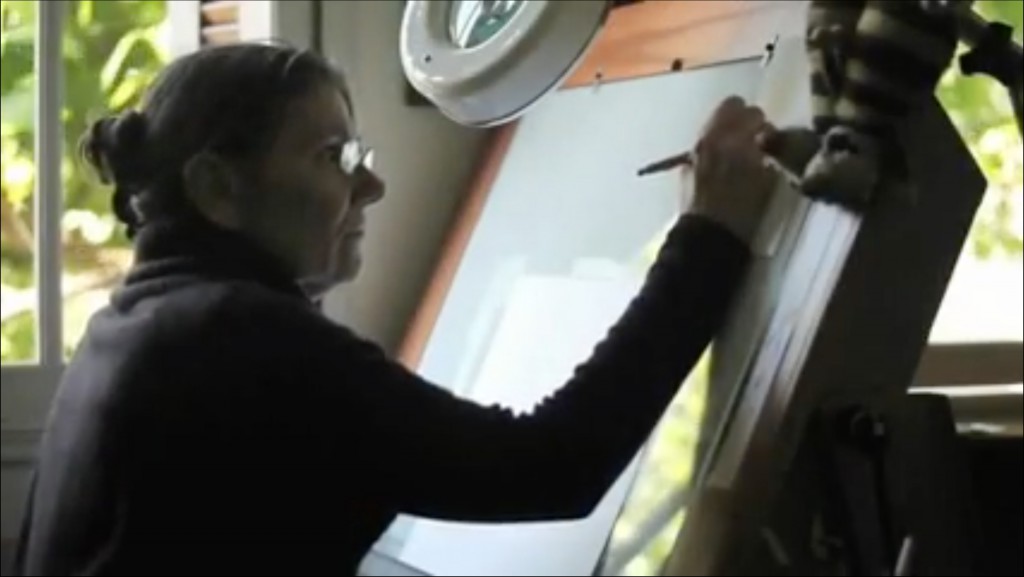 A video made by Cris Partel and by Editora Moderna as part of the 30th anniversary celebration of Eva’s career.